Asbestos is a naturally occurring and relatively cheap silicate mineral, used for well over one hundred years in construction. But it has since proved to be a serious health risk and its use has been banned by UK law since 1999.

Long before the risks to human health were known, asbestos was mined for thousands of years, most famously at the Jeffrey mine in Asbestos, in the Canadian state of Quebec.

For a number of years this mine was the most prevalent of its kind in the world. There are also stories of ancient rulers using asbestos for clothes, blankets and burial coverings. 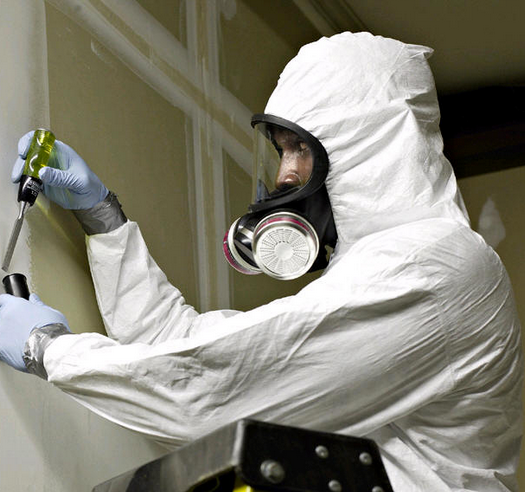 In the late nineteenth century, the mineral proved to be a popular component for various forms of construction, due to useful qualities such as insulation, fire and chemical resistance as well as strength. As a result of this, its mining became far more wide scale. The first documented death, which was thought to be caused by exposure to asbestos, was in 1906 followed by the first asbestosis diagnosis in the UK in 1924.

It was during the middle part of the twentieth century, from the 1940s to the 1970s, that asbestos use during construction was most popular. There are even reports from as late as the mid 1980s of it still being freshly implemented in building projects.

There are estimated to be around 3,000 different types of asbestos products, and in 1999 the UK Government banned the use of asbestos once it was significantly proven to cause serious health problems and sometimes death.

Over 4,000 people each year in the UK die from mesothelioma and asbestos-related lung cancer as a result of past exposure to asbestos. With more than 2.5 million non-domestic premises still estimated to contain some form of asbestos in them, this number is expected to rise over the coming years, reinforcing the need for you to certify your property is clear.

FOR A FREE QUOTE ON